By now you know that New Trails is located in a remote area of the Black Hills of South Dakota.  I have also given some rationale as to why this is important and vital to what we do.  However, I recently read a blog from a man who has served as a mentor to me, albeit via his writing and not in person, that was entitled: “Let My People Go Camping! God Wants Us All to Himself”.  What I like about Denton is that he is a strong advocate for getting us out in the wilderness, but he also manages to back it up with Biblical thinking.

Denton’s point in this was that when God was liberating his people from slavery, he needed them in a time and place where he could get their undivided attention, and what better way than to remove them from the distractions of Egypt.  Jesus does the same thing with his disciples when he wants to give them the Great Commission!  Now if God himself thinks it is a good idea to get out of the world of cell phones, TVs and distractions, why is it that we resist his direction so much? I enjoy a four-star motel as much as the next person, but when was the last time you heard some say, “Recently while vacationing at the Ritz Carlton, God spoke to me…”  You don’t do you.  Why? Because despite your best intention a motel is still a man-made place, with all the comforts and accommodations you are used to and there is nothing that allows you to depend on God and him alone.

You see God is not just about recreation, he is about getting us away so we can hear his voice.  The wilderness is not a magic place where things mysteriously happen, but it is a place without the normal distractions of life, work and modernity.  Recently I took some men backpacking and before we got started I asked what they hoped to learn on this trek, and one a pastor said, ‘Direction”.  I didn’t ask more, but I listened.  Once in a while he would mention what was occupying his mind, but I said little.  What we did was we hiked, and talked for three days.  Stopping occasionally to reflect on the passage for the day, but mostly it was “guy” type banter.  However, at the end, he thanked me for providing the space and place for him to gain the clarity he needed.  To be honest all I did was provide the place and space for him to be able to hear God without the distractions of the world around him.  Now if that were just one man, you could discount it.  However, over and over, repeatedly in this past year I have heard that again and again.  I know, it is not me who is doing this.  I am a poor substitute for the Eternal God.  What I do is provide a place for people to be still and listen.  To go “camping” away from the normal distractions of life.  We need to go camping because our God is a jealous God and he truly wants you all to himself.

I could go on and on about this, however, they say a picture is worth a thousand words so today I leave you a picture, and invitation.  If you have been having trouble hearing God’s voice lately, or the trail you are following has become faint, maybe it is time to get away to hear God’s voice away from the hustle and bustle of the world 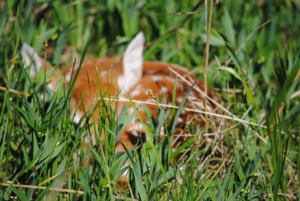 The Easiest Job in the World! The Sousaphone of God’s Unchanging Love
Scroll to top